“O Father, Where Art Thou” 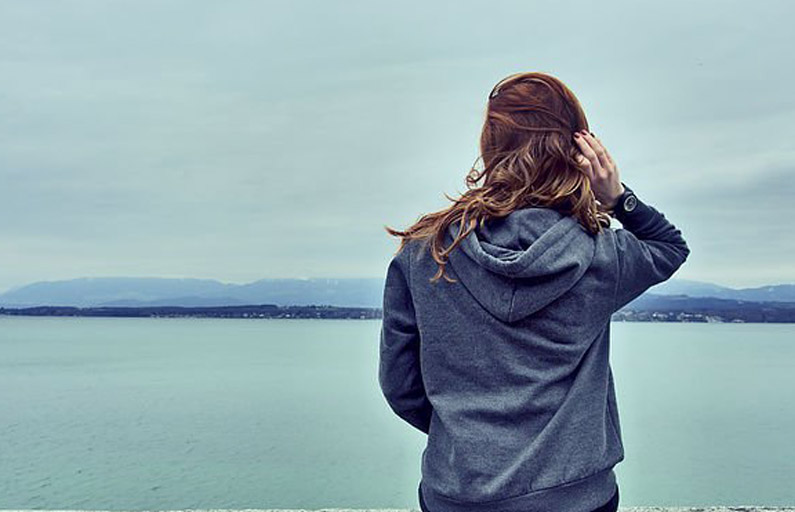 December 14th. Never an easy day for me. There is a strong chance that quite a few days through the month of December strike a chord for many people. After all, it is a big month. Holidays, which are joyous also force us to remember the good & sad of the people we don’t have with us – anything from distance to death. It is simply a reality.

That doesn’t make it a bad month, on the contrary, it is a beautiful month. A celebratory month. My Birthday Month.

One of peace, love and rejoicing in what we have. And no matter how bad so many people I personally know have it – or how bad it can get – We still have so much to be grateful for and celebrate.

December 14th is my Father’s Birthday. It is a difficult day each year. My father, my biological father, is/was a beautiful, funny, witty intellectual. If you met him face to face, it is/was hard not to fall under his charming spell.

Perhaps you have noticed I keep writing ‘IS/WAS’

The answer? It is because I don’t know if my dad is alive or not. For all the attributes I listed above – he lacked in one of the most important areas… Being a father. At first it was as though he was scared and I ended up parenting him. He then grew into a good man with unfortunate addictions and cruel habits he’d take out on my mother.

He also had a habit of making promises to me that he didn’t keep. For instance I spent many a day sitting on our stoop in NYC waiting for him to take me for the day.

But, he is/was MY DADDY.

After we moved out of state, he visited once. The next time we spoke was 15 years later. When I had to look him up to get his health records because my Cancer had set in.

Don’t get me wrong – when I spoke to him, he won me over again. After all, I’ll never stop wanting to know what it is to have a daddy & he is mine.

He gave what I have for years dubbed ‘speech 52’. This was a speech from him containing fatherly regret and how he would do better from that point on. I always wanted to believe. Let me rephrase: I always let myself have hope and belief even though I knew the reality of it all. And at this point with my Cancer, as young as I was, when he called me his little girl and said he would be there for me through all of this ‘Cancer Mess’, I believed him.

I have never spoken to him since. I have kept the same phone number, and have tried finding him. Some records say he is still alive, but I don’t know.

My point is, he never knew whether his one little girl survived Cancer. He never saw me get married. He does’t know that he has a granddaughter, Mila. I actually see a bit of him in Mila’s expressions.

To me, I never really had a dad. I had a man that helped in creating me, and for that I LOVE him unconditionally. I love his humor. His charm. His eyes. All 3 of which he passed to me.

But in my life essentially after the age of 12 (and kinda since birth) I have had more “father figures” than an actual dad.

It has left a hole, but I was lucky to have my grandfather as my “papa” till I was 19 when he passed. My Uncle, while geographically far always has sorta looked our for me. I also have a stepfather. He is a good man. Makes my mom happy. But he isn’t really a dad in those little ways.

Ways, I must say, I never truly saw or understood till I was pregnant and now in these last 5 months with Mila and her father, my husband, Jason. How he is with her actually shows me what I missed. What a father is and how just being there for his daughter brings them both joy.

The surprising thing to me – I am not bitter – I am Thanking G-D Jason came into my life and that my daughter has him as her daddy. Not just for the big things – but for the everyday small moments. For they are all significant.

This year we have arrived at the 14th of December, and I find myself thinking, “Oh father, Where Art Thou”. I am sad, but not angry (ok, it’s a mix of both – but more nostalgia missing than anger these days.)

I do wish that I knew where and if he is alive or not. I would love some sort of closure one way or another.

He would love our Milana-Raven (Mila).

I am a strong believer in witty lighthearted cynical talk and joking. I know I got that from him. But in my heart, I will always have hope. I will always want to believe the best in everyone. Especially my dad.

I know I am extraordinarily lucky and blessed. I am sick a lot and am constantly fighting illnesses and my body not working. By all means I should not be here. BUT I AM HERE.

While I am not much for talk of a ‘heavenly father’ it does not mean I do not believe in one. I am Jewish and Catholic – I am Spiritual. I believe in a higher power and the Universe. And I believe I am where I am in my life for a reason. Sure, I get upset with the universe at times, but if I am being honest – I know I have had a higher power looking out for me. There have been so MANY times I should not have survived, but did. The majestic beauty of nature always brings me back to this line of thought.

If that isn’t an indication of something bigger than all of us, I don’t know what is…

So, Thank you daddy. You brought me into this world and this life, and what a ride it has been thus far. I think of you fondly and love you always. May we all have a slightly brighter season, simply because we are here.